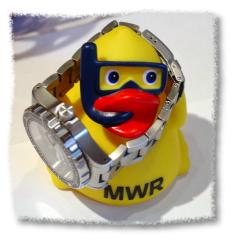 The gathering of the clan at Stoddard's in Sunnyvale seemed to exceed everyone's expectations. Starting with attendance. Instead of the 4 to 6 folks we expected when the idea was hatched, at one point there were 18 people sitting aroud the table swapping mil watch lore. It was a mucho sympatico group and everyone was generous with their knowledge and the ritual sharing of watches.

This was all a new experience for me and I learned more in those few hours than I could have imagined. For a while, there was so much info being shared it was like trying to drink out of a firehose. Speaking only from my personal perspective (other attendees please sound off with your own impressions!!), I was absolutely blown away by what I saw on people's wrists and pulled from their pockets and briefcases. But a very few highlights:

Rick D's collection of Rolex Mil watches including an RN 5517, RN 5513, and rare RN sub (he guesses less than 50 issued), and two early Panerai rolexes. Phew. It is a most impressive collection. You can see one of the Panerai's and the three sub's below with the other watch pix.

Other misc. highlights: Bryon's Lemania super-clean one-button RAF chrono; Ian's elegant Jaegger-Lecoultre; the new SAR bracelet (reminds me of the tread for an M1-A1 Abrams tank!); Drew's long line of DH's, and so on.

Alas...So many watches, so little time...

People. I'm sure I missed one or two names, but here's the group as I recall them by their MWR handles or nicknames: Bob, Nick & Tom (from Country Comm); John; Bryon, Mike, Fred, Mike E., Drew (accompanied by Doreen); Ian, DRC, Jim C, CJ, Eric, John, and Rick D. It was a mucho sympatico group and everyone was generous with their knowledge and the ritual sharing of watches.

Here are some snapshots of the group, with a close up of Rick D smiling over his three RN sub's (lucky guy!). NB: Don't miss the watch snapshots further down the page... 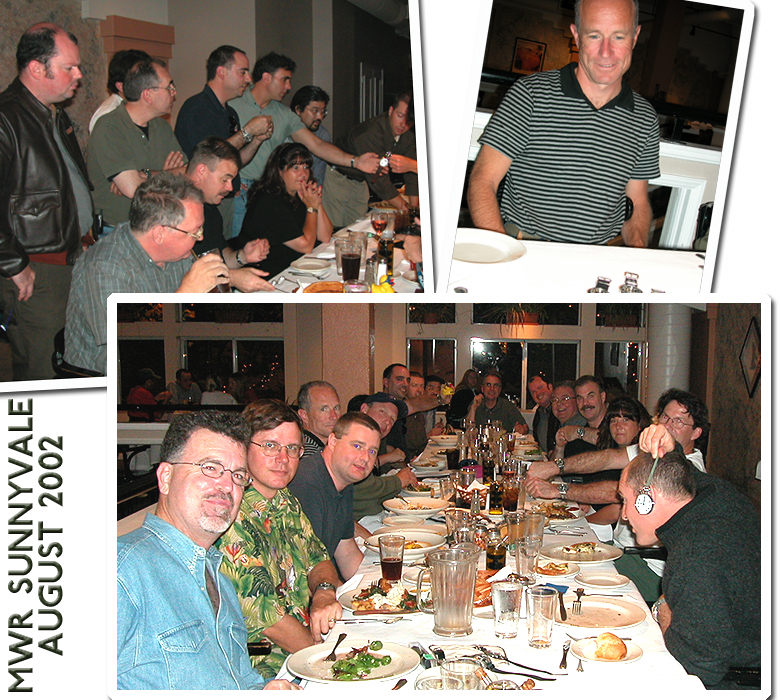 The watch pix below speak for themselves, but one comment on the three-on-one-arm photo. The Panerai actually makes the SAR look small - doesn't it - until you put an A-11 next to it. 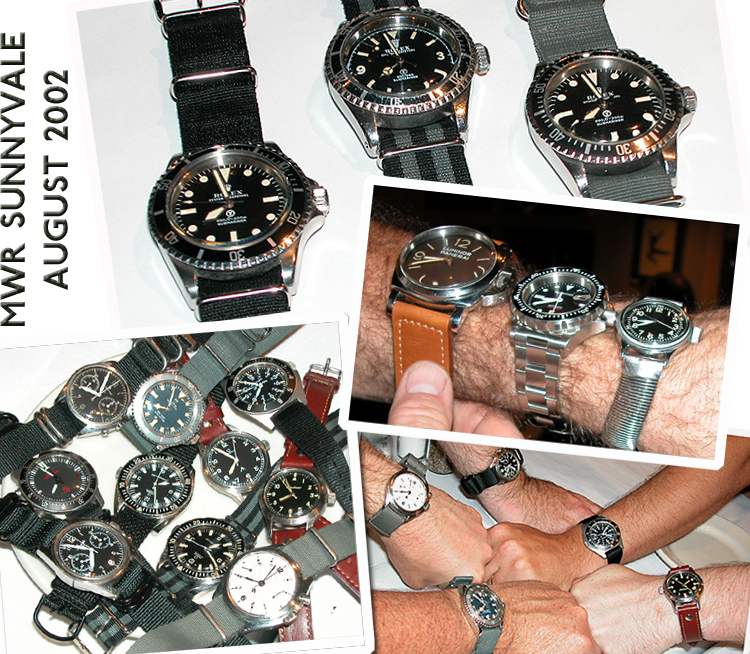 Thanks to all who made the effort to come to Stoddard's - some from a long way off.